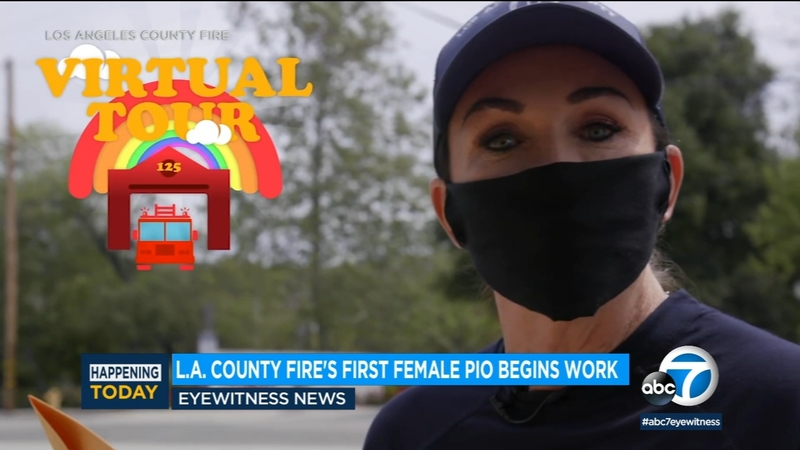 LOS ANGELES (KABC) -- The Los Angeles County Fire Department has a new public information officer who's already making history on her first week of the job.

She replaces Battalion Chief Ron Haralson, who was recently promoted.

"With 22 years of county service, Captain Kelliher brings a wealth of experience and knowledge with her to the PIO," said Los Angeles County Fire Chief Daryl Osby in a statement released on Monday. "I am certain she will be a great resource to not only the media but also the communities we serve."

Friday will be a historic day for the Los Angeles Fire Department as it is set to swear in its first female, LGBTQ and paramedic fire chief.

Kelliher graduated from Texas A&M University with a Bachelor of Arts degree in speech communications.

Her most recent assignment was with Fire Station 125 in Calabasas.

Kelliher is involved in several community initiatives, including the Girls' Fire Camp, and Women's Fire Prep Academy to recruit and mentor young people from underserved communities. She's also a founding member of the Women's Fire League.