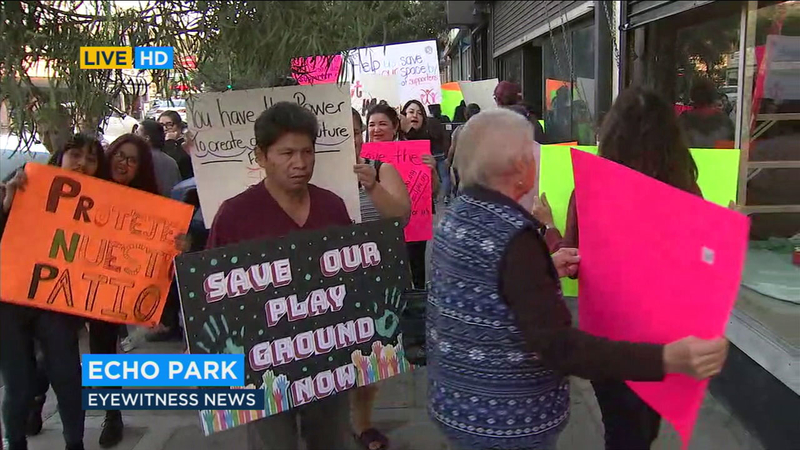 But the people who are pushing back said it has nothing to do with moving the homeless out of their community.

"We are not going to allow for a community asset to be destroyed. This is not a Not In My Backyard. We will work with the councilman's office," said Richard Polanco, former state Senate majority leader.

El Centro del Pueblo is a nonprofit that operates on city-owned land. While the center itself won't be affected, the proposed housing project would be built on a portion of the outdoor recreation area.

"We provide individual family group therapy for our children that are suffering from autism, ADHD. They need an outdoor place to play, to engage in socialization activities with other children," Lisa Hirsch Marin said.

Councilman Mitch O'Farrell said it is one of several sites under review. But because it's city property, they won't have to spend extra funds to purchase the land.

"Enough with the disingenuous campaigns I would say to El Centro, my friends at El Centro del Pueblo. They know better. This is the course that they've chosen to make and I would ask them to reevaluate this," he said.

He added that the location is ideal because of the proximity to the Metro and other resources homeless people could use.