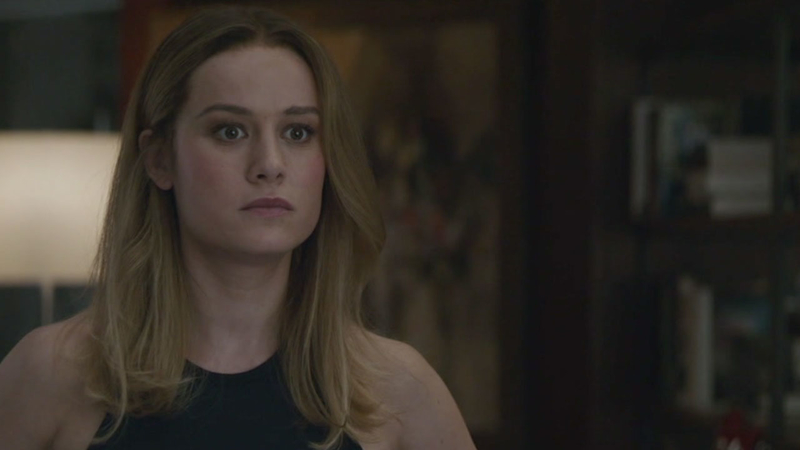 The countdown is on. Avengers: Endgame hits theaters in less than three weeks, and the cast sat down with Good Morning America to discuss the highly anticipated new superhero epic and reveal a first look at a new clip.

The film is epic for more than just its content. Experts are estimating a $900 million opening weekend, which would make it the biggest opening of all time. It's rumored to run longer than three hours.

Jokes about the length aside, the cast says the film holds a special place because it's the culmination of more than a decade of work.

"It is the end of a 22, 21-movie tapestry," said Chris Evans, who has hinted that this will be his last movie playing Captain America. "When you think about it, it's easy to get emotional."

Spoilers ahead for Avengers: Infinity War and one scene of Avengers: Endgame!

The new film picks up where last year's Infinity War left off, with the heroes in a desperate situation after Thanos wiped out half of the universe's population using the Infinity Stones.

In a new clip, the heroes discuss where they go from here.

WATCH: @paulafaris sits down with the 6 core @Avengers - @RobertDowneyJr, @chrishemsworth, @ChrisEvans, @MarkRuffalo, @Renner4Real & Scarlett Johansson - to talk all about #AvengersEndgame and gives us a FIRST LOOK at a clip from the movie!#Avengers#AvengersOnGMA pic.twitter.com/TEgRkBNOFQ

The group discusses the possibility of using the Infinity Stones to bring everyone back.

"Even if there's a small chance that we can undo this, we owe it to everyone who's not in this room to try," Black Widow (Scarlett Johansson) says.

"If we do this," Bruce Banner/the Hulk replies, "how do we know it's going to end any differently than it did before?"

Captain Marvel (Brie Larson) chimes in: "Because before you didn't have me."

Here's a look at all the Disney and Marvel Cinematic Universe movies being released in 2019.