"The important thing is that we need to get these people off the street," said the teen's father.
KABC
By Elena Gomez 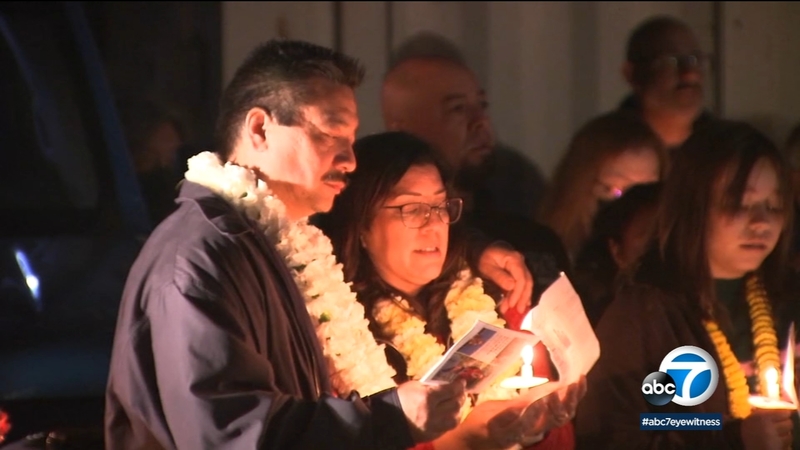 WHITTIER, Calif. (KABC) -- An emotional candlelight vigil was held Saturday night for an 18-year-old who was killed in a fiery crash after he left his home in Whittier to go shopping on Black Friday.

Family members along with dozens of supporters gathered near the intersection where the crash happened to honor Garrett Hayward, a young musician who was a part of his high school's jazz band.

The teen had dreams of becoming a doctor while attending California State University Channel Islands.

"He was such a compassionate and motivated person," said Jaeden Monterroso, Hayward's best friend and neighbor. "He was majoring in biology. He was really motivated."

The car crash happened around 5:32 a.m. on Black Friday. Hayward went to pick up his girlfriend to go shopping. The California Highway Patrol said Hayward had the green light and entered the intersection when he was struck by 34-year-old Darrell Jewett. The crash caused Hayward's vehicle to become engulfed in flames.

A heartbroken Whittier family is mourning the tragic death of their 18-year-old son, who was killed when he went to pick up his girlfriend for Black Friday shopping and was struck by an alleged drunk driver.

CHP said Jewett ran from the scene, but was later arrested and booked on suspicion of driving under the influence, vehicular manslaughter and hit-and-run causing serious injury or death.

"He loved playing music," said the teen's former music teacher, Deborah Carnahan. "A great smile and lit up the room."

Joanne and Damon Hayward felt a bit of comfort being surrounded by so many people who loved their son on Saturday, but the unimaginable loss is still difficult to comprehend.

"He's my best friend. He's my buddy," said a tearful Damon. "I miss him so much. The important thing is that we need to get these people off the street. People like this that are causing this kind of problems, you know? They're killing innocent people. That's really the message that I want everyone to know.

Meanwhile, Jewett is due back in court on Monday.

The impact Hayward made is obvious by all the love shown on a GoFundMe account made for his family.