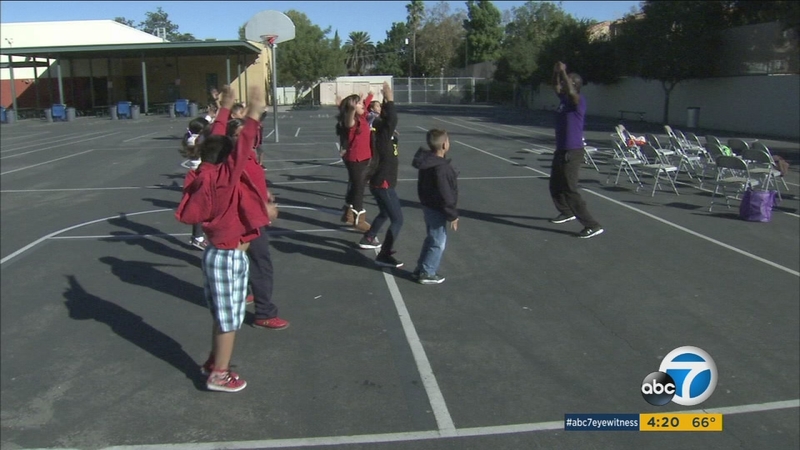 "I was a top athlete. I was prom king and I won a college scholarship and a month before going off to football camp, I was diagnosed with diabetes. I went from being the happiest person in the world to being the most depressed person in the world and wanted to end my own life," Dorsey said.

His mother and support groups got him back on track to get a college degree.

He started the 'D-Force for Life' organization as a way to help others.

"You're kids and this is when it starts, right now, at your age," Dorsey told the students.

Speaking of nutrition, Dorsey asked the students to think of their body like a favorite car.

"You're not going to put cheap gas into your very expensive cars are you? So you want to put healthy food into your body so it can work well," Dorsey explained.

"I love these children, so I just thought any way they could be empowered with knowledge about how to eat healthy and live a long healthy life then it would be a success," Hayes said.

Dorsey said those diagnosed with diabetes might feel like they've been dealt a blow, but he looks at the disease as a second chance.