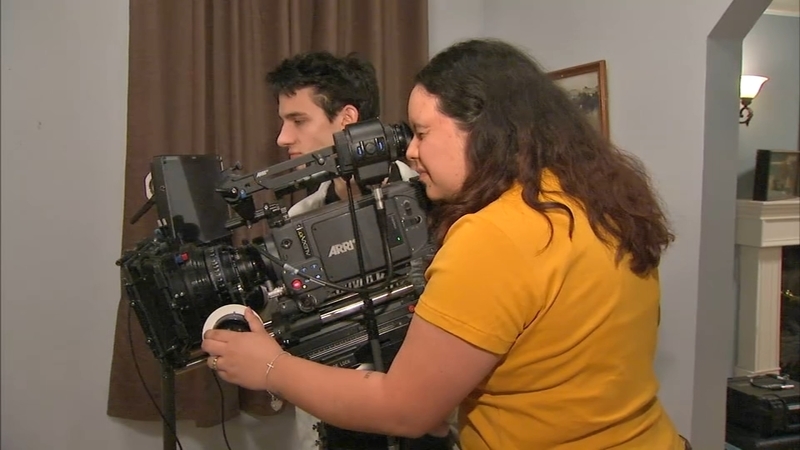 Some 60,000 film and TV workers began casting their ballots online on Friday, and the voting deadline was 8:59 p.m. Sunday.

The vote ratifies a tentative deal that was struck last month between IATSE and the Alliance of Motion Picture and Television Producers just as the union was prepared to go on strike.

The voting covered a pair of contract proposals -- the basic agreement and an area standards agreement applying largely to workers outside the Los Angeles area. Combined, the two agreements cover about 60,000 film and TV workers nationwide.

Film and TV workers believe the vote to ratify a proposed contract with producers will be a close one.

The ratification vote was conducted among the union's 13 locals on the West Coast, for the basic agreement, and with 23 locals elsewhere on the area standards agreement. IATSE said the popular vote was 50.3% saying 'Yes' and 49.7% 'No.'

Aggregated for both the Hollywood Basic and the Area Standards, the popular vote was 50.3% yes and 49.7% no, with 72% turnout.https://t.co/Y7h0GDBCMj

The union represents "below the line'' workers such as production and department coordinators, writers' assistants, cinematographers, costumers, grips, script supervisors, technicians, designers and others.

The weekend-long vote came on the heels of a letter to the rank-and-file from union President Matthew Loeb last week, in which he urged passage of the new contract -- but also amid rumblings that some members were unhappy with the proposed pact.

"You now have the opportunity to vote on the new terms of your contract,'' Loeb wrote to members. "I recommend you carefully review the information on the new agreement and vote in favor of its ratification.''

When the main contract agreement was announced last month, the union said it includes 3% annual wage hikes, improvements in pay and conditions on streaming productions, observance of the Martin Luther King Jr. holiday and a rest period of 10 hours between daily shoots and 54 hours on weekends.

While 98.6% of members voted in mid-October to authorize Loeb to call a strike if progress on a new pact stalled, there were indications in recent days that the deal ultimately struck was not being received with similar unanimity in the ranks.

On Thursday, about two dozen IATSE workers and supporters gathered outside the Dolby Theatre in Hollywood to express their opposition to the proposed contract. Some said it does not sufficiently improve working conditions, particularly in regard to long hours and on-set safety.

Some cited the recent accidental shooting death of cinematographer Halyna Hutchins on the set of the Alec Baldwin movie "Rust'' as an example of the dangers crew members can face.

"Incremental change has brought us to where we are today, and it's just not enough,'' Desmond O'Regan -- a prop maker and one of the organizers of Thursday's rally -- told the Los Angeles Times. "We have folks dying on set from obvious safety issues like what happened most recently with Halyna. ... We have a lot of safety issues that are exacerbated by long hours.''

But Loeb hailed the proposed pact when the tentative deal was reached, and reiterated that position in his letter to members last week.

"This agreement, and the contract campaign before it, should serve as a model for other workers in the entertainment and tech industries, for workers employed by gaming companies and for so-called 'gig workers.' ... We're the original gig workers,'' Loeb said when the tentative deal was announced.

He added last week: "Throughout these difficult negotiations, we remained steadfast and resolved in our determination to achieve a contract that is fair and works for the members.

"Broadly, our proposals focused on improving working conditions and rates of pay generally, with a particular emphasis on streaming productions, and on maintaining existing health and retirement benefits.

"Quality-of-life issues, conditions on the job like rest and breaks and diversity and inclusion measures were among the priorities upon which we remained focused. We succeeded in reaching our objectives but make no mistake, this would never have been possible without the overwhelming showing of support demonstrated by the strike authorization vote. We showed our power and it worked.''