L.A. officials want to include ideas from residents who live in the most polluted communities to help decarbonize buildings.
KABC
By Jaysha Patel 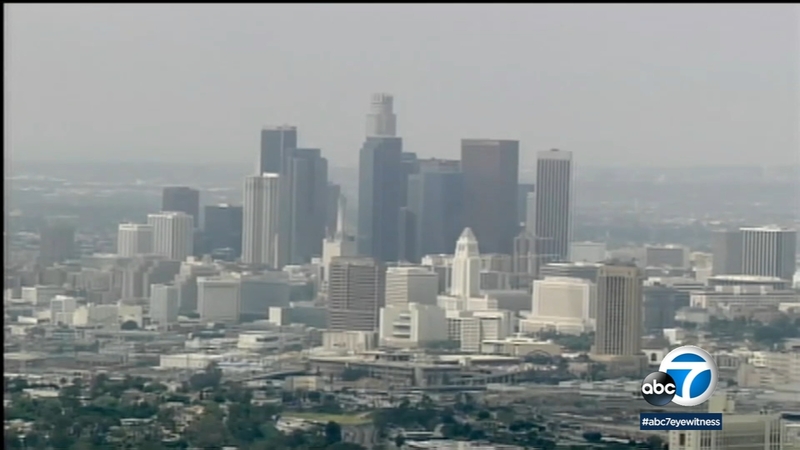 LA launches program to decarbonize all buildings in city by 2050

The city's buildings account for 43% of all carbon emissions produced in Los Angeles, with 2.5 billion square feet of space in over 1 million buildings, Garcetti said at a news conference.

The city's Climate Emergency Mobilization Office is launching a process in early 2022 to get input from the Los Angeles community.

The office and L.A.'s Climate Emergency Commission were created to include Indigenous, frontline and labor communities voices who are impacted by climate change.

An operation in Iceland uses carbon capture technology to filter out the carbon from the Earth's atmosphere -- effectively acting as a climate change "time machine."

Officials say they want to include the ideas and thoughts of residents in the most polluted communities in Los Angeles so their voices are heard in climate policymaking.

The goal is to decarbonize buildings while also making sure they take into consideration labor standards, tenants' rights and community input.

"As the founding director of the Climate Emergency Mobilization Office, it's my honor and my duty to ensure that equitable climate practices and metrics are integrated into the climate policy for the city of L.A.,'' said Los Angeles' Climate Mobilization Director Marta Segura. "What does that mean though? It means that we are centering the communities most in need, who live in the most pollution-burdened areas of Los Angeles and constitute the majority of the residents, because climate solutions must include these members of our community or our efforts will surely fail.''