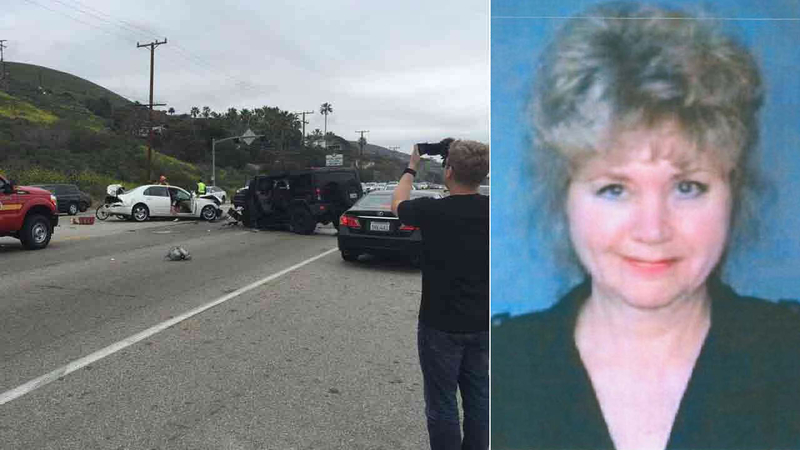 Friends tell Eyewitness News that 69-year-old Kim Howe lived in Calabasas for several years and was an animal activist. They say when she first moved into the neighborhood, she was struck by tragedy.

"Right from the very beginning, her life was kind of a sad situation after that point. Because after she closed escrow, two days later, her husband passed away unexpectedly. She's a very stoic lady," said friend Jim Pascucci.

Howe was killed and seven others were injured in the chain-reaction crash, which occurred in the 26000 block of Pacific Coast Highway around noon on Saturday.

Authorities said the crash occurred after a Prius either slowed or came to a stop in the northbound lanes of PCH for unknown reasons. Howe, who was driving a white Lexus, struck the Prius. Jenner's Cadillac Escalade, which was towing a trailer, then rear-ended Howe, which pushed her car into southbound lanes, where it collided head-on with a Hummer.

"The whole thing is just very, very sad and very tragic, being at the wrong place at the wrong time," said Pascucci.

Sheriff's officials say they have not yet determined who was at fault. Investigators may look into whether texting was involved in the crash. Jenner's publicist says the former U.S. Olympian was not texting while driving, adding that Jenner will provide his cellphone records if requested by investigators.