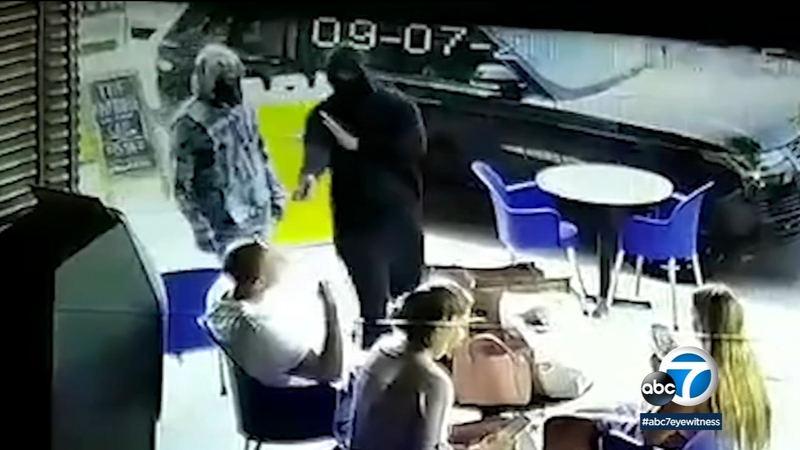 The video shows two men walking up to several people dining on the sidewalk.

One man points a gun and they both start to rifle through the shocked customers' belongings, grabbing purses, wallets and shopping bags before running away on foot. The whole sequence took less than 20 seconds.

The robbery happened Tuesday afternoon at a restaurant on Melrose Avenue in Fairfax Village.

Local residents and business owners say they have grown increasingly concerned about a rise in brazen crime in the popular shopping district.

"Shocking," said Asha Iyer, who lives nearby. "That's terrifying. I live in this neighborhood and hang out all the time. I had no idea that was happening."

Last month a store employee at Shoe Palace in the Fairfax district was fatally shot after a dispute over a raffle. Police later arrested a 16-year-old suspect.