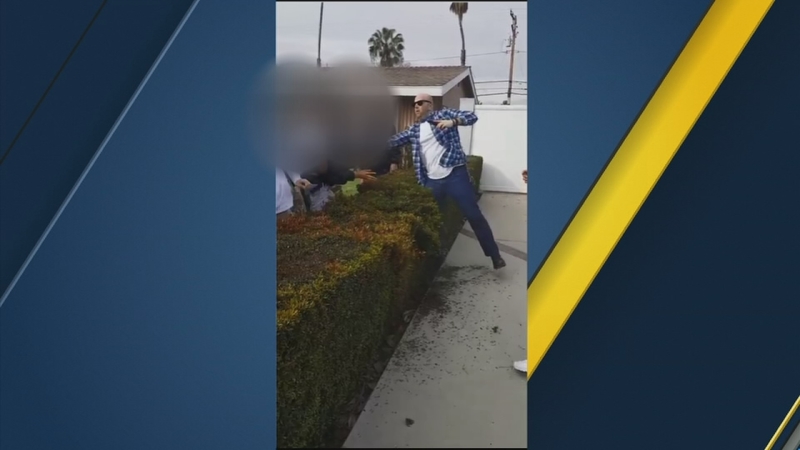 LOS ANGELES (KABC) -- The family of a 13-year-old boy involved in an altercation with an off-duty Los Angeles police officer in Anaheim has filed a lawsuit.

LAPD Officer Kevin Ferguson fired his gun during the February scuffle, which was caught on video. The shot was fired into the ground and no one was hurt.

Footage of the incident went viral and sparked outrage and protests.

The boy's parents, Alma Jimenez and John Dorscht, filed their civil lawsuit in Orange County last week. The lawsuit claims the teen was brutally attacked and was traumatized by the incident.

The suit, which seeks unspecified damages, does not name either Anaheim or Los Angeles police.

It does, however, claims that Anaheim police officers failed to obtain the boy's version of the events when officers arrived on scene. The suit also claims that Ferguson was under the influence of alcohol at the time of the altercation.

Ferguson's attorney said the officer feared for his safety and also the safety of his sick father, because he thought the boy might have a weapon.
When Anaheim police officers arrived on scene, they did not arrest Ferguson. Instead, they took the boy to juvenile hall.

Ferguson has since been placed on administrative leave, per protocol.

The Anaheim Police Department is still investigating and said it will share its findings with the Orange County District Attorney's Office.

The Los Angeles Police Department is also conducting its own independent investigation into the altercation.

Anaheim officials said they were 'disturbed' by video showing an off-duty LAPD officer firing a gun during a confrontation with several teens.