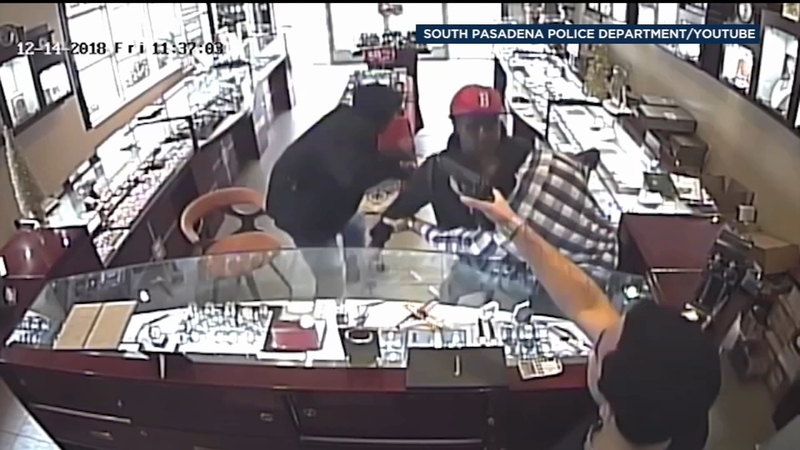 But now another group is flocking to the Golden State and they're not bringing their hard-earned money - they're taking ours.

Organized retail crime is big business for thieves. It's a $30-billion problem nationwide, and the National Retail Federation says that Los Angeles is ground zero.

It's so big that retailers and law enforcement say crooks are even flying in to California. That may be in part to take advantage of what some experts say are lax penalties.

The LAPD says in the last month or two, the area has been targeted by a group of four suspects who focus on high-end fragrances at Sephora stores in Los Angeles and Orange counties.

And investigators say that's just a drop in the bucket.

Last year, Saks Fifth Avenue in Beverly Hills was hit, with the window completely removed. Jewelry cases were smashed and mannequins were found on the street.

Back in December, it took just minutes for 10 men to make off with thousands of dollars of merchandise from a store in Beverly Grove.

So when did Southern California become a free-for-all?

Police and retailers point to Proposition 47, which made more crimes into misdemeanors. They say career criminals capitalize on it.

"It's a little bit discouraging at times. At times you feel like you're just running after the same crews over and over again because there is no real punishment," said Elena del Valle, with Home Depot investigations.

But retailers are banding together with law enforcement and fighting back.

One new tool is Assembly Bill 1065. Organized retail theft will now carry stiffer penalties and that may help shift the balance of power. The law took effect Jan. 1.