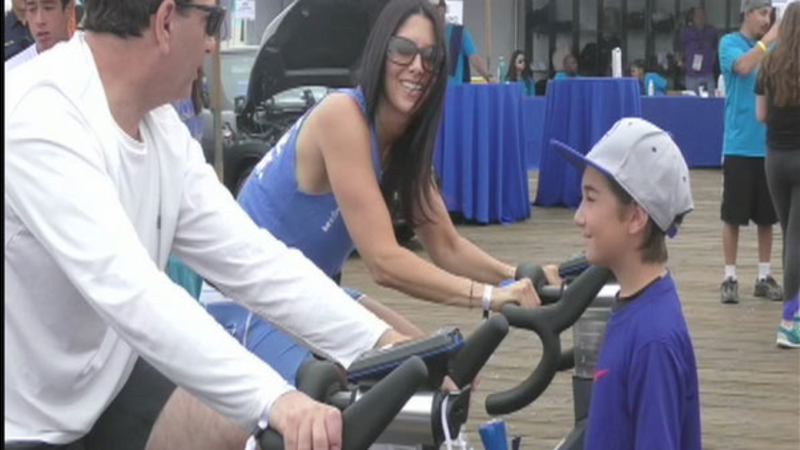 That is the theme for the annual "Pedal on the Pier" in Santa Monica.

"We initially did a 100-mile bike ride where we rode from Watts to Oxnard and back to Malibu, and we realized it wasn't a great family type event," said David Moss, co-founder of the Harold Robinson Foundation.

The Harold Robinson Foundation put the event on. Moss said putting the program on the pier made the world of difference. Now in its sixth year, there's five hours of fun and food in a family setting.

Co-Founder Joyce Hyser-Robinson says it is a labor of love.

"We put this on ourselves. We're all volunteers. Nobody gets paid," said Hyser-Robinson.

More than one hundred teams pledge to raise at least $2,500 each. Many raise far more than that.

"This is about 100,000 to produce the event, but we have it totally underwritten," said Moss.

The Harold Robinson Foundation has no producers, just a hard working group that creates a great tool to send kids to camp that don't have that opportunity.

The group started riding at 11 a.m., finishing up around 4 p.m. Early in the morning, they reached $800,000, and the founders said that by the end of the week, they should reach about a million.

Hyser-Robinson says it costs $250 to send a child to camp, so it looks like a load of kids will head off to Camp Ubuntu this year.

Along with the sleep away camp, the organization has set up a day camp in the center of Watts.

Almost 500 people participated in the calorie burning bonanza, with about 1,500 enjoying the West Coast scenery.