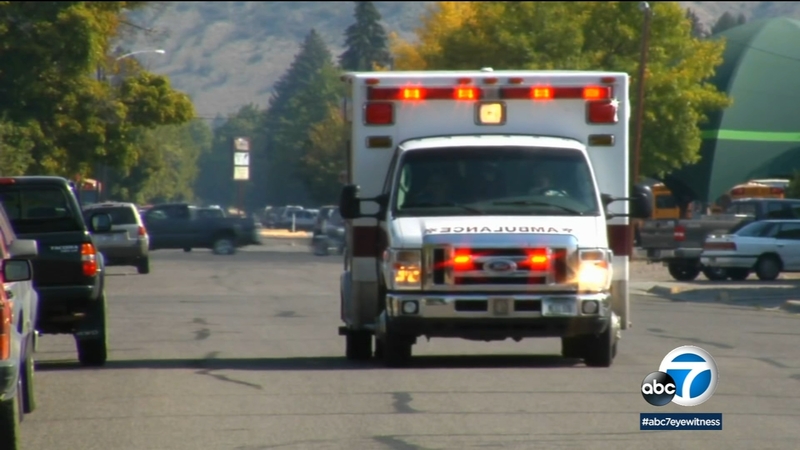 LOS ANGELES (KABC) -- Excitement for Super Bowl 56 at SoFi Stadium is spiking, but doctors are issuing another warning: a spike in heart attacks.

"I've been rooting for them since I was a kid," said interventional cardiologist Dr. Michel Chan with the Providence St. Jude Medical Center.

Not only does Chan follow the Rams closely, but he also studies a football game's effect on the heart.

"With emotional stress, we get an increase in catecholamine surge and adrenaline, and that's like the fight or flight response that we care about," he said.

A rush of these hormones can increase heart rate, blood pressure and the need for oxygen. Chan said he's seen it happen first-hand.

"I was at Johns Hopkins and we had a fan at the time that had a heart attack in the middle of a Ravens game," he said.

READ ALSO | New program to help retired NFL players: 'The brain can only take so much'

A new partnership between Hall of Fame Health and the Pacific Neuroscience Institute is helping former professional football players with complimentary initial cognitive screenings and other services.

When the Rams lost to the Steelers in 1980, deaths from heart attacks rose in the L.A. area and continued for two weeks. It was a highly-charged game. For those who may not recall, the lead changed about half a dozen times.

"Close losses ... that creates heartache, and as a result, that can propagate increased stress, particularly for those people who are at higher risk. Those who are smokers, are diabetic, have high blood pressure and high cholesterol, not in great shape," explained Chan.

"Fans are often very invested in their team so when they win, that creates elation and it creates a sense of happiness and satisfaction, and that kind of soothes the body," Chan said.

Researchers also found heart attacks dropped when the French soccer team won the World Cup on their home turf in 1998.

While these studies don't prove cause and effect, we do know that alcohol and salty, fatty foods combined with emotional stress can trigger cardiac episodes. One tip from the experts? Take breaks when the players take breaks.

"Maybe go out, go for a walk and throw the football around. Get some exercise in. You can do yoga and maybe some tai chi. That may not be a bad idea," Chan said.

We don't know what is going to happen during Sunday's game, but Chan said fans can make healthier choices, and right before the Super Bowl is a great time to start.