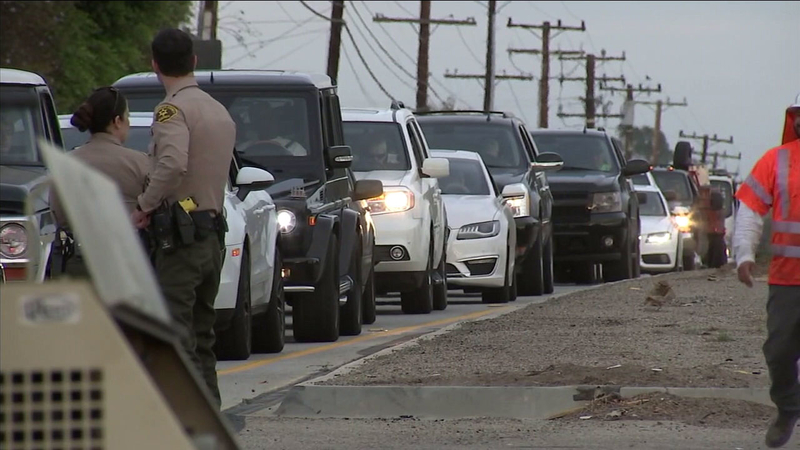 In the fire area that affected many suburbs of Los Angeles, some evacuation orders remain in effect but many areas have been repopulated.

Malibu resident Lee O'Keefe has spent the past week living at her mother's house in Newport Beach. She raced home to Malibu when she heard her Corral Canyon neighborhood was no longer under a mandatory evacuation, but she couldn't get through.

"I keep turning around, turning around because there's no reception on the phones. I know they're doing the best they can. Everybody is trying to keep everybody safe," she said.

Point Dume resident Kristen Jaman never evacuated, but her family has been running low on food so she made a run to Ralph's at the Malibu Colony Plaza.

Though more evacuation orders are lifted, it's slowgoing throughout Malibu, and much of the city is still in the dark.

"They all want to let people go home. That's our goal, but we just can't right now in certain areas and it's for their safety," said Los Angeles County Sheriff's Department Capt. Darren Harris. "It's for the safety of all these workers that you see behind me. It's for the safety of all the first responders and second responders that are trying to bring infrastructure back to this community."

The containment keeps rising, but valuable infrastructure has been destroyed throughout the city, and officials don't want to repopulate until it's safe.


The Woolsey Fire is one of the largest on record for Los Angeles County, dating back more than 100 years. The fire has destroyed at least 504 structures and damaged 96 others, according to the L.A. County Fire Department. Approximately 57,000 more are still threatened.

Early Thursday morning, a firefighter from Washington state was injured after being struck by a civilian vehicle while battling the Woolsey Fire. The firefighter, who is from South Kitsap Fire and Rescue, suffered non life-threatening injuries.

Authorities are continuing to investigate a body found Wednesday in a completely burned home in Agoura Hills. Two other people were found dead in a burned-out car near Malibu earlier during the fire.

The cause of the Woolsey Fire remained under investigation.