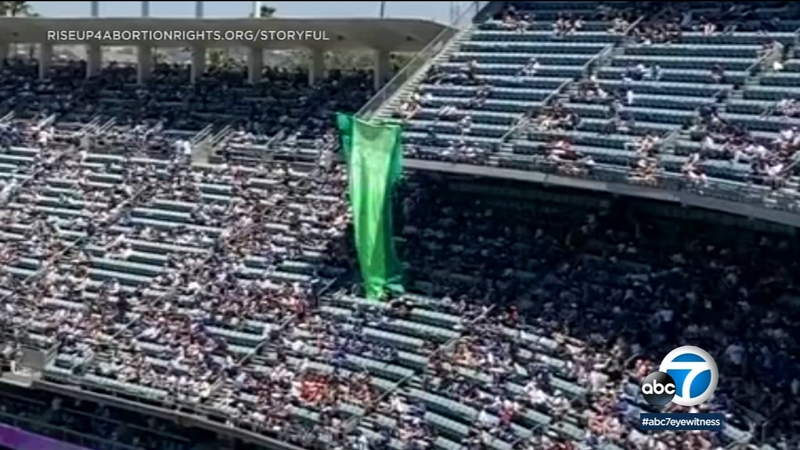 LOS ANGELES (KABC) -- Abortion rights activists released a massive banner from a row of seats at Dodger Stadium during Sunday's game against the New York Mets.

Video uploaded to social media by a group called Rise Up 4 Abortion Rights shows the large, green banner with the words "Overturn Roe? Hell no!"

In a press release, the group said it was calling on people to "wear green and raise hell" to stop the U.S. Supreme Court from overturning Roe v. Wade.

Justice Samuel Alito authored a draft of a high court ruling that would overturn the 1973 decision establishing a nationwide right to abortion.

The draft, which was leaked to a news outlet last month, appears to have the support of the majority of the six men sitting on the nine-justice court.

The draft has since sparked national outrage as activists work to preserve abortion rights.