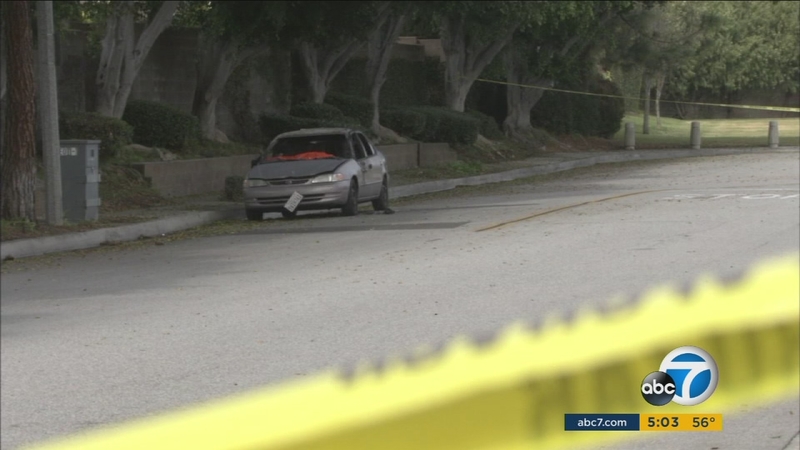 Cerritos car fire with male body inside may have been accidental, LASD says

CERRITOS, Calif. (KABC) -- Several gas cans were found inside a burned car in Cerritos along with the body of a man, the Los Angeles County Sheriff's Department said on Sunday.

Authorities responded to the 7800 block of Denni Street shortly before 8 a.m. after a neighbor called to report a car fire.

Firefighters were able to extinguish the fire to the 1999 Toyota Corolla, and that's when officials made the gruesome discovery.

Officials have determined the body is that of a 55-year-old man who they believe is a resident of La Palma.

The sheriff's department said the man's body was located in the front seat of the Toyota.

Lt. John Corina with the sheriff's department said earlier Sunday that there are no obvious signs of foul play.

The investigation by homicide and arson detectives is ongoing.

Anyone with information that can help investigators is urged to call the LASD Homicide Bureau at (323) 890-5500.