Police said six suspects wearing masks and hoodies rushed the store in the 600 block of Hill Street in the Jewelry District Tuesday afternoon and began smashing the glass cases.

He told Eyewitness News the robbers were hitting people with pepper spray while trying to shatter the display cases.

They made off with very little jewelry thanks to thick safety glass on those cases and efforts by the workers, who fought back.

"Our tenants got up in arms, they grabbed whatever they could -- stools, chairs, staples, anything they could to throw at these guys to just get them out of the building," he said.

A security guard also fired a non-lethal pepper ball at the robbers, eventually scaring them off.

Avedian said police were on the scene within two minutes. However, frustrations are growing as stores in the area continue to get hit by smash-and-grab crews.

"They don't care. Why do they not care? There's no repercussions," he said. "They come, they steal. If they get arrested, the next day they're out on the street."

Police said there were three vehicles waiting for the suspects, including two Mercedes vehicles - one black and one white - and a white Kia.

The Los Angeles Police Department said at least six men took part in the robbery with several others sitting in those getaway cars. One of the suspects was caught nearby and was taken into custody, but the others remain outstanding.

One person was injured during the incident, though it's unclear if that person was a suspect, customer or employee. 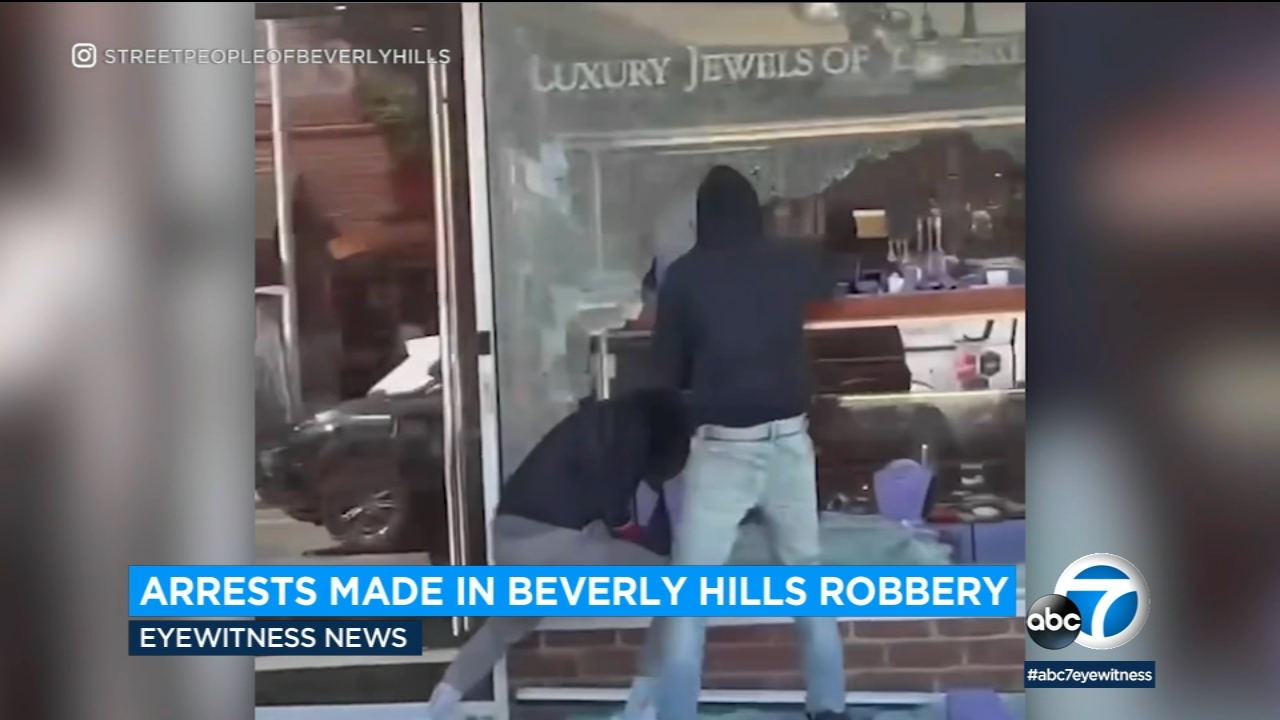 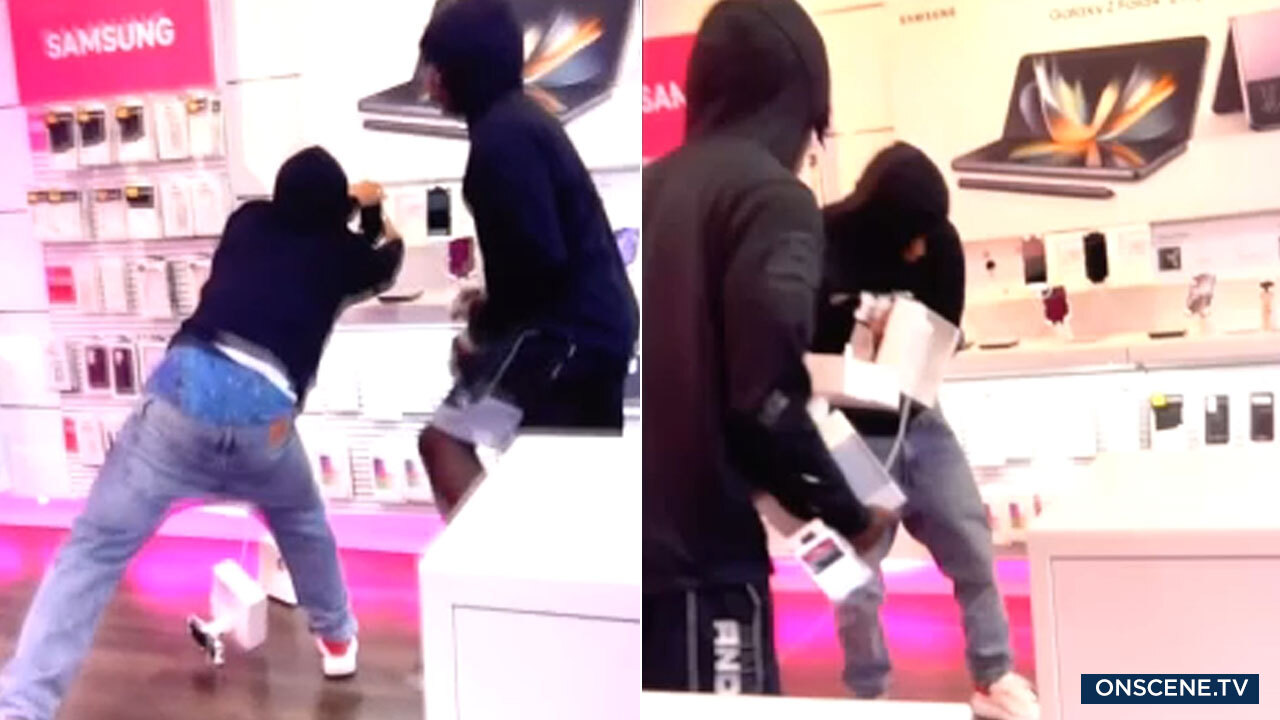 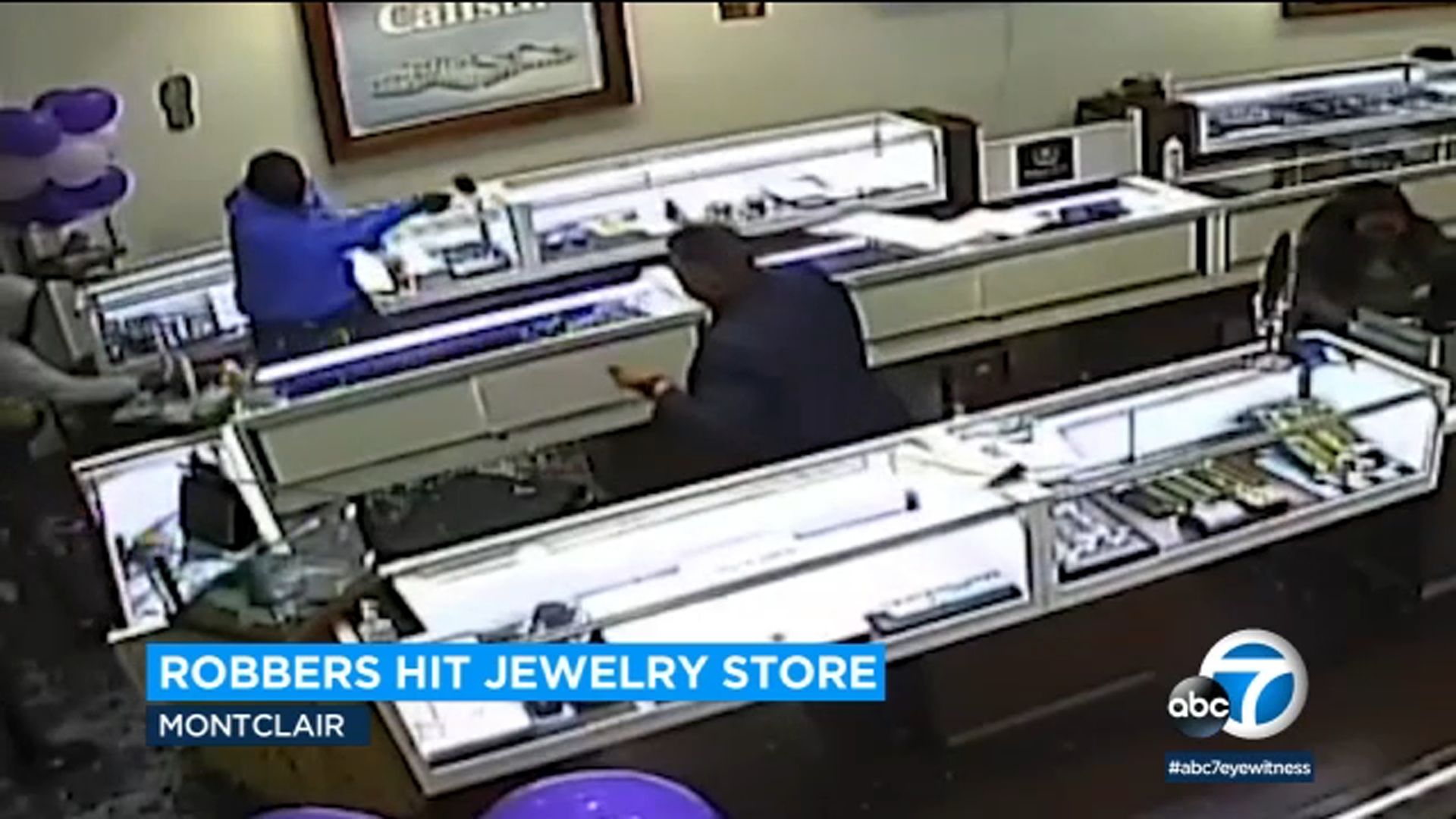