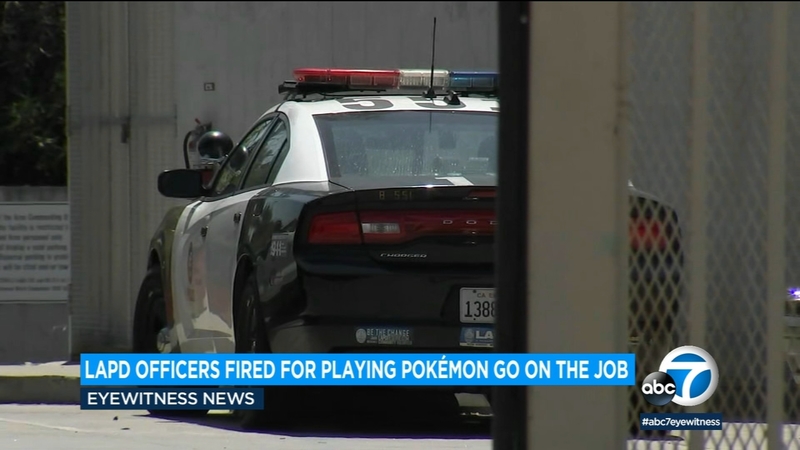 LOS ANGELES (KABC) -- Two Los Angeles police officers who were fired in 2017 for playing the video game Pokémon GO while on the job, have been denied reinstatement by a judge.

A surveillance system in their patrol car captured Louis Lozano and Eric Mitchell discussing how to catch the Pokémon character "Snorlax" just a few minutes after saying "screw it" to responding to a robbery at a Macy's in the Crenshaw area of L.A., according to court documents.

Their actions were investigated by an LAPD sergeant after Lozano and Mitchell failed to respond to radio calls and another officer saw their patrol car leave the area near Macy's. Both were fired after a police board of rights unanimously ruled that the officers committed misconduct that was "unprofessional and embarrassing" and "violated the trust of the public."

The officers tried arguing that the patrol car recordings should be dismissed because they were private conversations, but both the lower court and the appeals court disagreed.