Just under half of those surveyed said their hours were cut or they lost their job during the pandemic.
KABC
By Anabel Munoz LOS ANGELES COUNTY (KABC) -- Latinos make up a third of registered voters in the city and county of Los Angeles, and as campaigns try to sway these voters for upcoming elections, a new survey highlights their diversity and how politicians and institutions may be missing the mark.

"In many ways, it gave us a view, a deep view, into our community that, to some degree, unfortunately, validated the issues of concern to them," said Antonia Hernández, president and CEO of the California Community Foundation.

The survey was commissioned by the Pat Brown Institute for Public Affairs at Cal State LA and the California Community Foundation. It touches on everything from the economy to political party preferences to top-of-mind issues.

While immigration is important, it did not rank as number one. Respondents rated the top issues as: the pandemic, homelessness, jobs and the economy, healthcare costs, crime, discrimination or racial justice, education, immigration reform, police brutality or police reform. 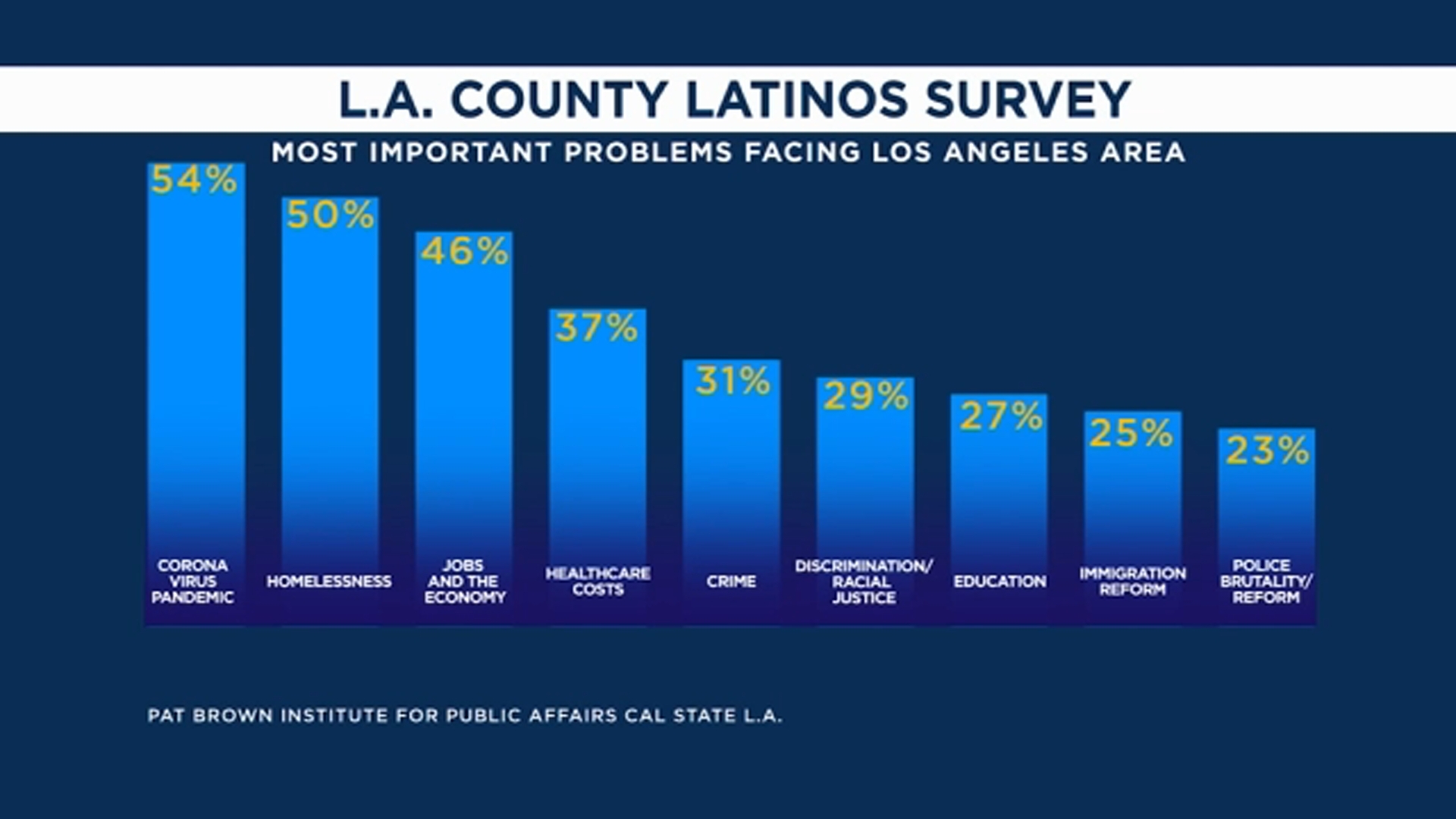 "Labeling us one way or another doesn't work, because we're a very heterogeneous community," said Hernández. "What this poll says is, 'Please try to understand us and speak to us as we are not as what you think you want us to be.'"

The people surveyed were voters and non-voters. While they generally approve of Democrats and lean Democrat, it is more nuanced than that.

"We find greater support for identifying as Democrats than identifying as Liberal, and that's okay. It's a huge diverse community. It's half the population of L.A. County," said Raphe Sonenshein, executive director of the Pat Brown Institute for Public Affairs at Cal State L.A.

Sonenshein put it this way: You can't summarize it on a bumper sticker.

"You really have to dig in and learn, and the more you learn, the more interesting and engaging the subject is, because you find out interesting things about these communities that really matter in terms of their lives, but also, in terms of what people in politics need to address," Sonenshein said.

Just under half of those surveyed said their hours were cut or they lost their job during the pandemic, and half have $500 or less saved for an emergency. 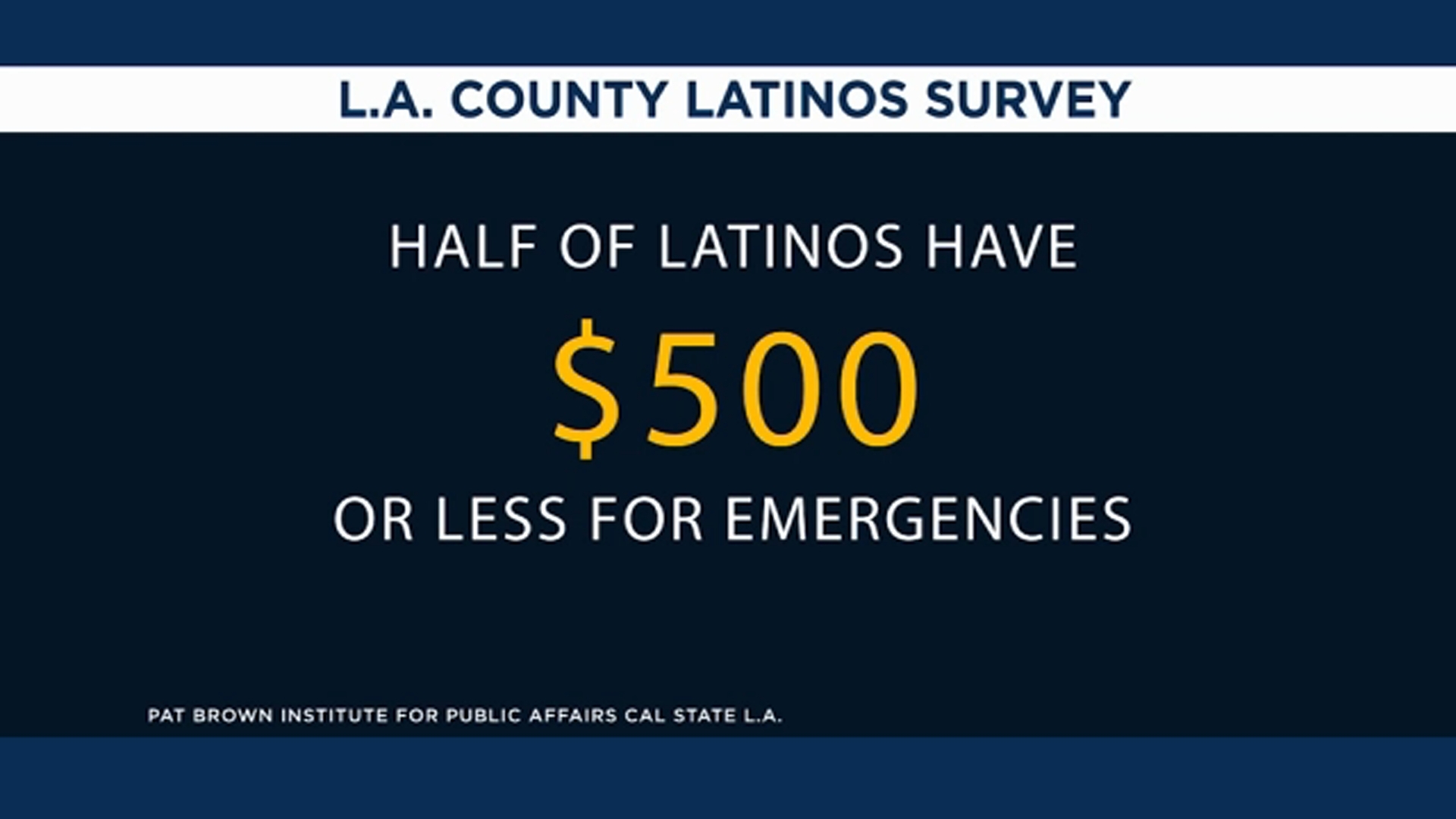 "The largest group on the issue of police funding were those who wanted police funding to stay pretty much the same," said Sonenshein. "While younger voters were more likely to pick defunding or reducing the police as an issue, it was less popular than those who thought it should be increased or kept the same."

However, the findings cannot be over simplified.

"Just when you think, therefore, that you've now figured out the community, you discover, though, that their trust in law enforcement is lower than their trust in people like healthcare professionals and teachers in the community who have the solid gold reputation in the community," Sonenshein said. "More than anybody. More than elected officials. More, you'll forgive me, than the media, and more than almost anybody you would expect."

The Latinos surveyed are politically engaged, and most of that engagement is happening in conversations with friends or family. Across age groups, they're consuming news in English and Spanish.

Latino voters have proven and will again prove to be consequential in upcoming races, like the L.A. mayoral race and other county races.

"Research from our center has showed that Latinos were instrumental in rejecting the attempt to recall [Gov. Gavin Newsom] last year," said Paul Barragan-Monge, director of mobilization at the UCLA Latino Politics and Policy Institute.

Over 80% said it is important to have a Latino or Latina represent them in office. 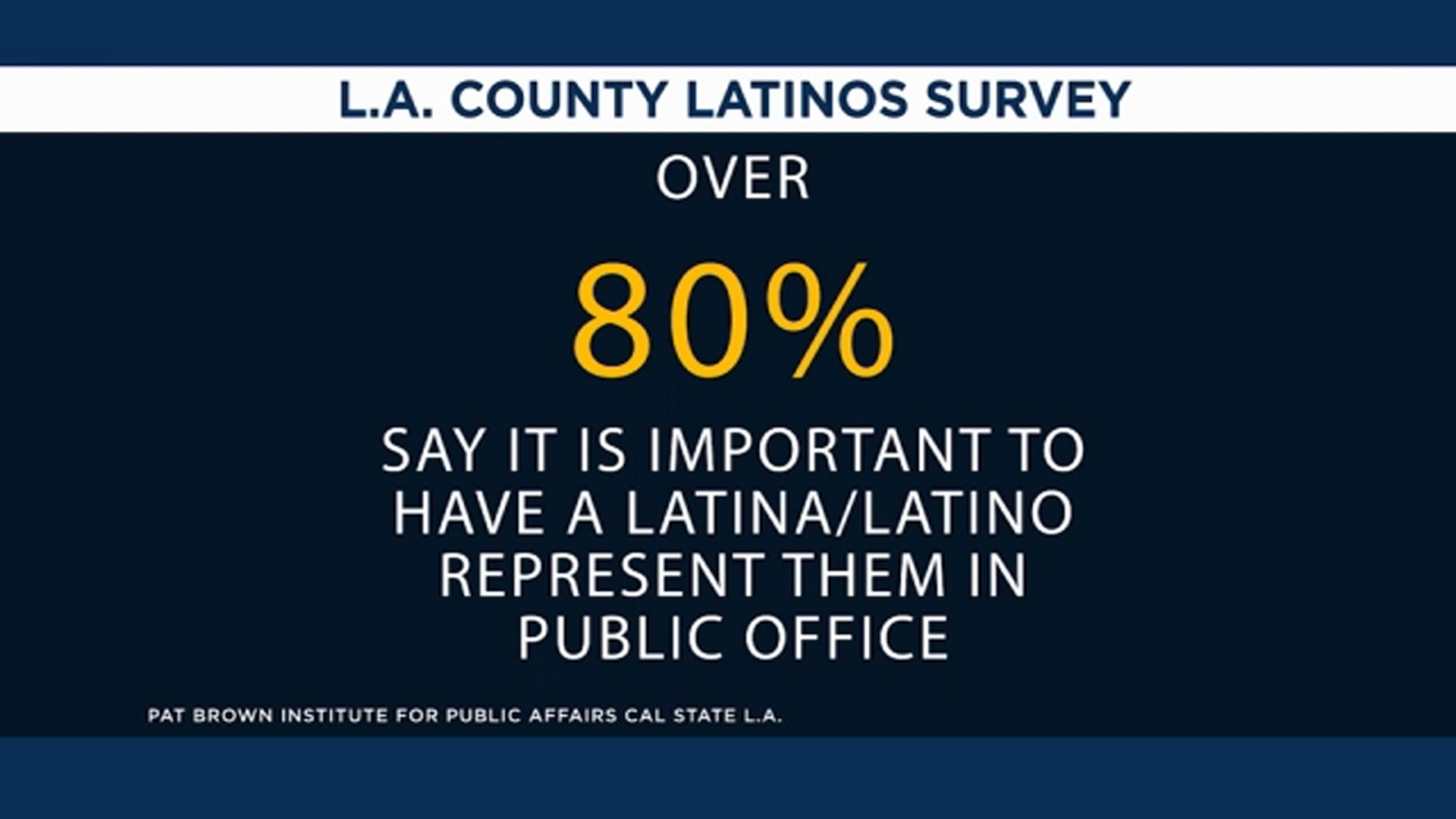 "I think what this shows, locally, is that there is some promise for Latino candidates like Kevin De León, who's the only major Latino candidate running for mayor," Barragan-Monge said. "Although, what we are seeing is the majority of Latinos are still relatively undecided. So, we are early on in the mayor's race. We know that there's still room for candidates and campaigns to make their case."