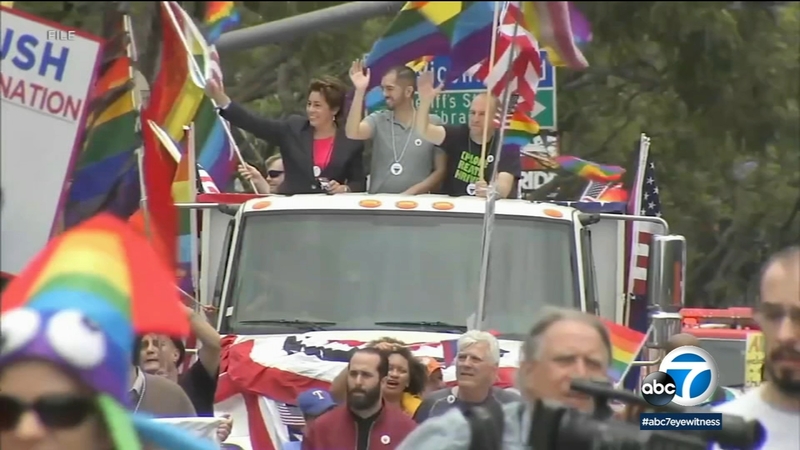 LOS ANGELES, Calif. (CNS) -- After two years without a Los Angeles Pride parade due to the COVID-19 pandemic, the organizers announced Thursday that it is planning a 2022 parade, along with a musical event, during the celebrations from June 10-12.

Details about the parade and musical event will be released at a later date, according to the Christopher Street West, which has organized LA Pride for more than 50 years.

"We made sure our 2021 events were inclusive and safe in the hopes we could bring our parade and bigger in-person events back for the following year," said CSW Board President, Sharon-Franklin Brown."LA Pride is ready to celebrate our community's resilience and strength together. It's why we wanted to share the dates now. It's an incredible honor to resume such an iconic celebration for 2022."

Brown was recently reelected as president through 2023. In 2020, she made history as the first Black transgender woman to lead CSW, which now has a Board of Directors that is 71% people of color and 24% trans or nonbinary.

CSW also announced that its treasurer Gerald Garth was elected vice president of programs and initiatives, which is a new position that will focus on year-round community outreach.

LA Pride last year had major in-person events, including an LGBTQ+ Night at Dodger Stadium, but the last Pride Parade in LA was in 2019.

In 2020, CSW announced that LA Pride would move its annual LGBTQ parade and celebrations out of West Hollywood after more than four decades in the city, but a new location has not been announced.