Man kept from seeing wife, son in Los Angeles due to travel ban 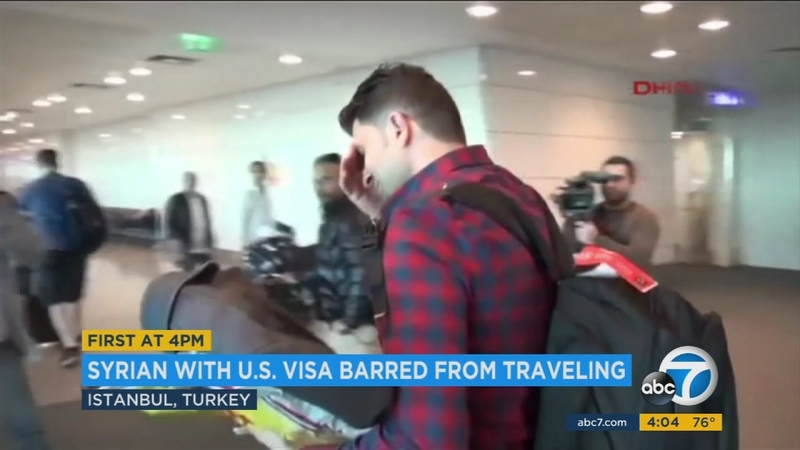 Man kept from seeing wife, son in LA due to travel ban

ISTANBUL (KABC) -- A man trying to reach his family in Southern California was among those devastated by President Donald Trump's travel ban.

Authorities refused to allow Nail Zaion, a Syrian nationalist, to board his flight out of Turkey on Sunday.

Zaion was visibly shaken as he left the gate.

His wife and son have been living in Los Angeles for two years. Zaion received his U.S. reunification visa on Friday and immediately reserved a plane ticket.

But when he arrived at the Istanbul airport on Sunday, he was turned away.

MORE: Trump defends executive order amid protests, says, 'This is not a Muslim ban'

"So I came here, I showed them my visa. I showed them everything. They told me, 'We can't allow you to travel.' I told them, 'I will go on my own responsibility.' He said, 'No,'" Zaion explained. "So I don't know what to do right now."